The XTRAC laser: Ultraviolet light to treat many forms of psoriasis

The XTRAC laser: Ultraviolet light to treat many forms of psoriasis

The Food and Drug Administration (FDA) have approved XTRAC to treat psoriasis and other conditions that cause symptoms in the skin and we are thrilled to be able to bring this new treatment to our patients. It can help reduce the appearance of patches of psoriasis.

It is not a first-line treatment for psoriasis, but there is evidence to suggest that it can help reduce or remove skin symptoms.

What is the XTRAC laser?

The Excimer laser, of which XTRAC is one brand, works at a wavelength of 308 nanometers and uses the same principles as phototherapy but with faster results. The laser uses a highly concentrated form of ultraviolet (UV) B light to attack the DNA of T cells.

T cells are a type of white blood cell that play a role in immunity. Scientists believe that in psoriasis, there is an immune system problem involving the T cells, resulting in changes to skin growth and the development of plaques.

The laser works through various mechanisms to improve the appearance of the plaques that feature in psoriasis. One of these mechanisms appears to affect the immune system, including the T cells.

The results of a 2016 reviewTrusted Source suggest that receiving excimer laser treatment twice per week for 12 weeks could improve symptoms in nail, scalp, and palmoplantar psoriasis.

In the following sections, we cover the risks and benefits of XTRAC laser therapy.

Psoriasis is a chronic inflammatory condition involving a dysregulation in the immune system that features skin changes and other symptoms. There is no cure, but treatment can help a person manage and improve their symptoms.

The XTRAC laser can improve symptoms, but it cannot treat the underlying condition that causes them.

For this reason, a person will need to continue treatment as long as there is skin involvement. Psoriasis involves flares (periods of worsening symptoms) and remission (periods when they subside).

XTRAC can help improve skin-related symptoms, but they may return when another flare occurs. That said, XTRAC excimer treatment can help reduce the length of a flare.

Which types of psoriasis can it treat?

XTRAC can treat several forms of psoriasis but is most useful when it affects only small areas of the body.

Data on proper dosage are limited. It may depend on the type of psoriasis a person has, how severe the symptoms are, skin type, and the thickness of any lesions.

Research into the effectiveness of excimer lasers has mostly been supportive. For example, one 2016 reviewTrusted Source found that when 13 people with scalp psoriasis received excimer laser treatment on one side of their head twice per week for 15 weeks, symptoms improved significantly.

When 42 people with nail psoriasis had excimer laser treatment twice per week for 12 weeks, 38% saw an improvement of 50% or more.

In research involving people with palmoplantar pustular psoriasis, which can make it hard to use the hands and feet, 64% of participants who underwent excimer laser therapy experienced an improvement of 70% or more.

People can also use XTRAC laser therapy alongside other treatments, such as clobetasol propionate spray and calcipotriene ointment, which are topical treatments.

In a study involving 30 people, 83% saw significant improvements after having laser treatment twice per week and alternating topical treatment with clobetasol and calcipotriene twice per day for 12 weeks. The two treatments appeared to work together to provide extra benefit.

Psoriasis can trigger bothersome skin changes that can cause feelings of self-consciousness. Finding an effective treatment can help improve both physical well-being and quality of life for a person with psoriasis.

The XTRAC laser acts directly on the most visible symptoms of psoriasis, often significantly reducing the severity and length of a flare.

An alternative treatment: Some people prefer not to use other psoriasis medications or find that they cannot tolerate the side effects. Others may have stubborn areas that may not be improving with topical therapy and instead may respond to the addition of an excimer laser.

Relatively well tolerated: The side effects of excimer lasers tend to be minimal, and treatment is not usually painful.

No recovery needed: Excimer lasers can target specific areas, which helps prevent damage to skin that psoriasis does not affect.

There are a few risks associated with this kind of treatment:

A person needs to repeat the treatment for it to be effective, and this can take time. Stubborn or extensive lesions can take longer to improve.

Some insurance plans may cover excimer laser treatment, but requirements vary. A person may have to try other treatments first, and they must often meet a deductible or pay a copayment. The cost will depend largely on a person’s insurance plan.

Treatment with excimer lasers is fairly painless, but some people experience burning or a hot sensation during the procedure.

Side effects tend to be minimal, especially compared with medications such as steroids and biologics. However, they may include:

If blisters form, a person should leave them to dry out and not pop them. The treated skin can become infected, but this is uncommon.

Light therapy, including treatment with an XTRAC excimer laser, may help reduce the symptoms of psoriasis. A person will normally continue to use their regular medication alongside laser treatment. Call Advanced Dermatology & Cosmetic Surgery Center today at 330-425-7600 or set up an appointment online by clicking here.  You can discuss this procedure with Dr. Monique S. Cohn, DO FAOCD and find out what you can expect from this new treatment. 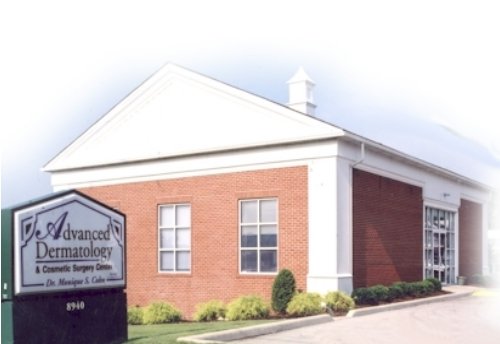